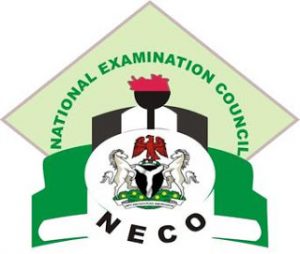 
SECTION A
(Answer ANY TWO)

(ii)Schools : Spending numerous years in school, children in the States are taught and reinforced a view of the world that "privileges capitalism and ownership, competitive individualism, and democracy.

(iii)Media: Mass media is not only a source of political information; it is an influence on political values and beliefs. Various media outlets, through news coverage and late-night programs, provide different partisan policy stances that are associated with political participation.

(vi)The state : The state is a key source of information for media outlets, and has the ability to "inform, misinform, or disinform the press and thus the public", a strategy which may be referred to as propaganda, in order to serve a political or economic agenda.


(2a)
Authority is the right to exercise power, which can be formalized by a state and exercised by way of judges, appointed executives of government, or the ecclesiastical or priestly appointed representatives of a God or other deities.

(v) Authority of the elite: It is the authority possessed by a small group of individuals on the basis of their personality, knowledge or riches.


(3)
(i)The basis of capitalism is the principal of individual rights, whereas socialism is based on the principle of equality.

(iv)In Capitalism the competition between firms is very close whereas in Socialism there is no or marginal competition because the government controls the market.

(v)In Capitalism, every individual works for his own capital accumulation, but in Socialism, the wealth is shared by all the people equally.

(vi)In Capitalism every person has the right to freedom of religion which also exists in Socialism, but Socialism gives more emphasis on secularism.


SECTION B
(Answer ANY THREE)

(6)
[You can pick any 6 or 7 or even 8]
(i) India's independence of 1947 which acted as a catalyst for the intensification of the struggle against colonization in Africa, Asia and Latin America.
(ii) The visit of Late President Josef Tito of Yogoslavia to India in 1954.
(iii) The meeting Tito held with Nehru in New Delhi.
(iv) The formation of NATO by capitalist countries in 1949.
(v) The formation of the Warsaw Pact by socialist countries in 1955.
(vi) The Bironi conference held in June 1956 between Nehru, Naseer and Tito.
(vii) The desire of several newly liberated Asian, African, Carribean and Latin American countries to consolidate their hard won independence after long period of colonial rule, racial oppression and domination by Big powers.
(viii) The desire of these newly independent countries to pursue their own political, economic and social development without foreign interference.
(ix) The wish of these newly independent countries to participate in the making of global decisions affecting their future.
(x) The opposition of bi-polarization of the world by Tito and Nehru.
(xi) The competitive accumulation of nuclear weapons and other weapons of mass destruction by the big powers.
(xii) The construction of the Berlin wall and the resumed nuclear testing by Moscow in violation of 1958 understanding with the United States and united Kingdom .
(xiii) Finally the summit conference of 25 states in September 1961 in Belgrade.

(ii) Government: There must be a government whether elective or not run the affairs of the state. The type of government does not matter.

(iii) The territory: A state, legally is a defined boundary, although, such boundary is suppose to be permanent, if it change at all, such changes must not be at random. It is the territorial entities.

(iv) Separation of Powers: Separation of powers can be found in section 4, 5 and 6 of this sections delegate certain powers to be armor organs of Government in Nigeria. The Section 4 of the 1999 constitution talks about legislative arm of Government, Section 5 talk of the Executive and section 6 talks about solitary.

(v) Sovereignty: Sovereignty could be defined as the ability for a nation to be total control without external interference. Nigeria according to 1999 constitution is a sovereign state and it can be found in section 2 of the Nigeria constitution.

(vi) Federalism: Federalism has to do with the division of Government, state and local government area.