*Use ds Objective..* *Verified and Confirmed* 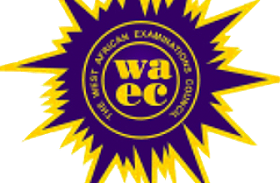 14, Apets Raad,
Idije,
Lokoja,
Kogi state.
Dear James,
......... Complement of the reason to you. How have you been I hope all has been well with you. How your family? I heard of the news that you have relocated to Benin in Edo State on your dadd's transfer. It is really interested me know that you've adapted very well with lifestyle over there. Your younger sister called me to inform me how well you have been doing.

.          . Anyway, As you are aware that I am the Library Prefect is my schwuf. I am writing this lease to inform you how my life has been positively impacted by the job office.
.        . First and foremost, the task has not been easy at all My experience as a Library Prefect is quite mi pac ful and painful As Library Prefect, I'had face-off with many of my friends. Some of them will come f books
and refuse to return them as t when due We had wurse to quarrel because I always want to ensure diligence on the office

....... Also, I always miss classes in order to attend to issues related to the Library upkeep. I see to how the Library is kept clean by the science in charge, I make sure all the books and materials are arranged
orderly and alphabetically as they were in the Catet everyday

No doubts, as the task was, It was very much impactful. I learned how to Connell
emotions and behaved like a leader My conducts towards other students changed because I was meant encourage them to use the Library.
..... Finally I have Un consciously became a book-wiam I read very well and it had considerable impact on my academic performance. My academic performance soared gracefully during my tenure as Library Prefect.
.......  I would be happy if my greetings is extended to your family members. I may visit you after my final examination.
Yours sincerely,

(6a)
the writer thought Adamu was under a spell because he worked tirelessly
(6b)
Adamu had to take care of himself because he had no mother care. He also had to take care of himself because his father was poor
(6c)
- Farm labourer
- Craftsmanship
6d) His academic performance tells of his versatility
(6e)
The writer respected Adamu
(6f)
The zeal to enrol for achoo even at the young age of eight
(6g)
Metaphor
(6h)
(i) noun clause
(ii) object of the verb "discovered "

(7a)
- Reduces the interest of children in academic works
- Children may pick up bad behaviours from excessive use.
- Affects the health of children
- Reduces interaction between children and parents
(7b)
-Parents should participate fully in what their children see on television and on the internet.
-Parents shoild constantly encouraged their children to watch friendly programmes
*(NUMBER5) I wish I had listened to my mother*
👇👇
Arti was a 10 year old girls who lived in a small town.her father is working . she and her brother were supervised by her mother. she was a strict disciplinarian . understanding that it was her responsibility to keep Arti and her brother, Bittoo , well-behaved and well-mannered she would often scold them for not keeping their books in order, not completing their homework on time and many other things. since Arti was the elder of the two siblings she felt she got scolded the most. her mother had asked her to tidy up her room before going out to play . This mad Arti very angry. "What a waste of precious time during her holidays," Arti thought.she decided to calm herself down by going out to play in the lawn.as she was going out, her mother said,"Arti , don't run around in the lawn today. the gardener has watered it in plenty so that is doesn't become dry. you will slip and fall.""One more ridiculous rule," thought Arti.she did not pay attention to her mothers word . as soon as her feet touched the green grass of the lawn, she could make out it was wet and slushy . but she enjoyed the cool glass touching the soles of her feet . she started to run . She laughed and called out to Bittoo.he came out and started running towards her. Arti ran faster so that he could not catch her and her foot slipped.down she fell on the wet slushy grass.she hit the ground and blacked out for some time.her mother ran out to the lawn picked her up and carried her inside. Dr. Kohli ,who lived Next Door was called. he checked Arti and advised her rest for a week as her foot was sprained.
if only she had listened to her mother.if only she had been more self-discipline she would not have to suffer this way. all the while that she had to stay in bed resting Arti thought a lot about what she could learn from the incident.
She realised " I wish I had listened to my mother"

We Have Send English Language Questions To Our Subscribers Since Overnight!!!  CALL/WHATSAPP MR coded NOW TO SUBSCRIBE . We talk less! !

How to Make Your Payment

Obj and Theory will be sent exactly 30 minutes before exam.
– To Get WAEC 2019

Answers on WhatsApp, Add us on 09030866320
.
A serious Student would go vividly extreme miles to see his or her success because no one would be happy to say am going to re-write next year.